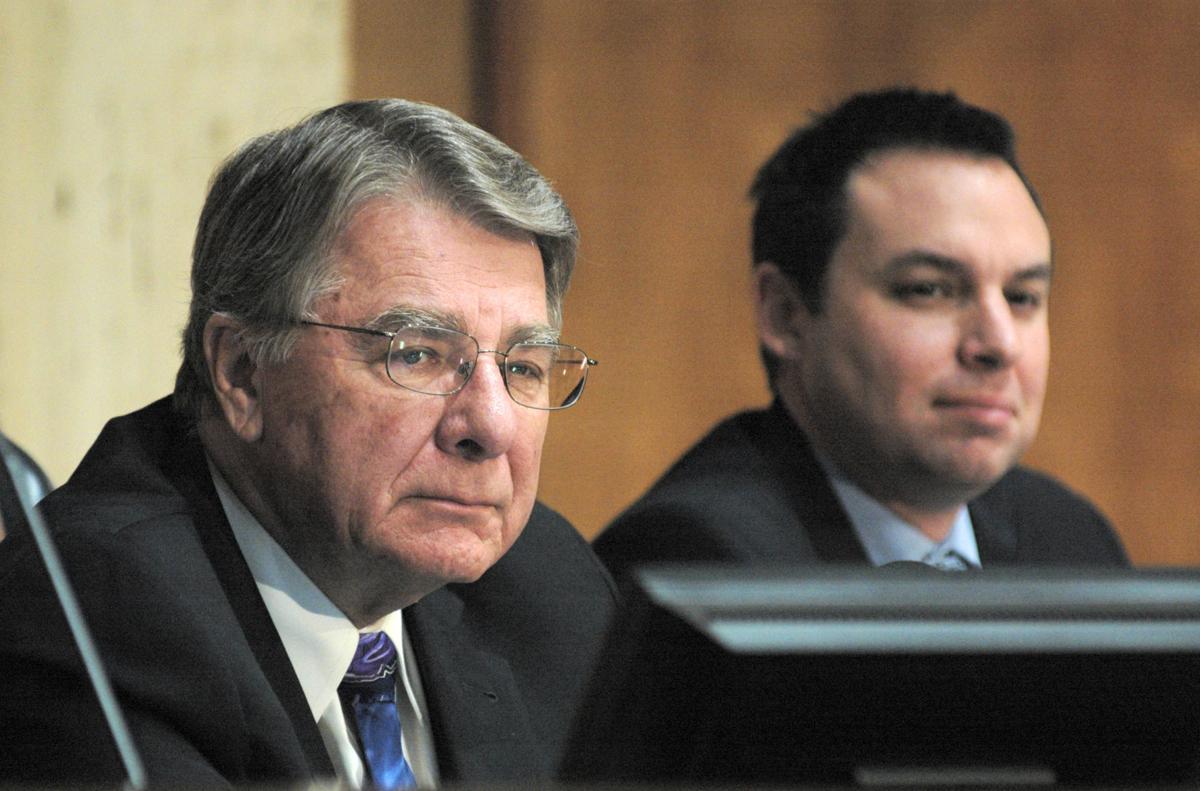 PHOENIX — Top GOP lawmakers are huddling to see if they can reach an accord over teacher pay ahead of Thursday’s planned walkout of teachers statewide, in order to forestall or undermine the strike.

Senate President Steve Yarbrough said Monday there is “unease” among many House and Senate Republicans about predictions by Gov. Doug Ducey that a 19 percent pay raise for teachers by 2020 can be enacted and money from a special assistance fund for schools can be restored, all without a tax hike. Ducey contends there will be sufficiently strong economic growth to generate new tax revenues and reduce state spending on health and social- service programs.

Some GOP lawmakers are holding out until they can identify firm sources of revenue “to help us get to this very ambitious goal,” Yarbrough said.

Whether anything lawmakers approve is enough to avert the walkout remains to be seen.

Ducey’s teacher-pay plan, even if approved, does not address other demands by Arizona Educators United and the Arizona Education Association. Those include pay raises for support staff employees such as teaching specialists, counselors, bus drivers and cafeteria workers. The groups also want to eventually get Arizona teachers’ pay up to the national average.

Also, the Republican governor’s proposal doesn’t specifically address restoring the more than $1 billion that has been taken in state aid to schools in the last decade.

“We are very cognizant of a wide variety of wishes,” Yarbrough said. “But we’re trying to get the really big nut cracked at the moment” — teachers’ pay.

“Few people down here are looking at Thursday as any kind of deadline,” Mesnard said. “The belief here is that Thursday’s going to happen, no matter what,” and that pretty much whatever legislators approve “will not be enough in the eyes of some.”

However, Mesnard also suggested he thinks there may be some cracks developing in the #RedForEd movement, particularly now that Ducey has put a plan for teacher pay on the table.

“I think this movement was founded specifically on teacher pay,” he said, echoing Yarbrough’s belief that has to be the focus of legislative action. “And now some are trying to move the goalposts a bit.”

But AEA President Joe Thomas said education groups have been clear from the start that this was always about the larger issue of adequate school funding, of which teacher pay is just a part.

And Thomas said if Ducey and GOP leaders think they’ve got a plan to at least start addressing the issue, they need to communicate that to the AEA and AEU if they truly want to avoid a strike. But to date, the governor has steadfastly refused to meet with Thomas or Noah Karvelis, one of the AEU organizers.

Ducey press aide Daniel Scarpinato declined to speculate whether approval of a teacher pay plan would forestall a strike.

Thomas said people are willing to listen if there’s a real proposal. “Educators look at new data,” he said.

But to this point, Thomas said, there’s little to convince them that Ducey’s plan is financially sustainable.

The governor himself is not relying entirely on an improving economy. His plan involves decisions not to fund certain other priorities like additional dollars for skilled nursing care, a border crimes unit and reducing the debt. It also counts on generating cash through a proposed state-run keno game.

Ducey said restoring funds for additional assistance for school districts — the money lawmakers refused to fund in prior years — will free up cash for raises for support staff workers. But those dollars are supposed to go to items like computers, books, buses and some repairs, which have not been fully funded in years.

Expect More Arizona, a group that lobbies for more education funding, says the current median pay for all teachers in the state is $44,900. That ranks Arizona No. 49, while the national median is $57,160, the organization says.

The movement is picking up support from other quarters.

Julie Erfle, spokeswoman for AZ Schools Now, said her education support group not only supports the movement but understands why educators have chosen to walk out.

“A decade of severe budget cuts have left our classrooms in disrepair, our teachers demoralized, and our students shortchanged,” she said in a prepared statement Monday, calling on Ducey and legislative leaders to find “sustainable, permanent and equitable solutions” for schools.

“Anything less is unacceptable,” Erfle said.

The last-minute push to find a deal — and possibly avert a strike — comes on the heels of Ducey striking out at legislative inaction on Friday by vetoing 10 bills.

“There’s no doubt that there’s some pretty strong feelings in the caucus about the vetoed bills,” Mesnard said. “So there’s a lot of conversation happening among caucus members.”

But the move appears to have had the desired results, paving the way for the negotiations — at least among Ducey and legislators.

“The governor feels very strongly that we need to get this teacher pay proposal over the finish line,” said Scarpinato.

He said school districts are currently putting together their budgets and offering contracts to teachers for the coming year.

“So there is some real urgency in getting it done,” Scarpinato said. And with talks now underway, Ducey has apparently relented: On Monday he signed three Republican-passed bills.