SCHOOLS are MORE THAN $800 MILLION SHORT OF PRE-RECESSIONARY SPENDING

Arizona’s public schools took a massive hit during the Great Recession. Our Legislature slashed $1.5 billion in funding, the biggest reduction in K-12 monies in the nation. The 2016 voter-approved settlement over inflationary funding, known as Proposition 123, only restored a small portion of the cuts that had been implemented since 2008.

Though lawmakers appropriated additional dollars for fiscal year 2019, Arizona schools are still receiving $800 million less than a decade ago, resulting in a teacher shortage crisis, overcrowded classrooms, an inability to fund new textbooks or technology, broken down school buses and leaky roofs, and a loss of critical support staff such as nurses and guidance counselors.

At the same time Arizona is facing a teacher shortage and muti-million dollar school funding deficit, lawmakers have continued the trend of cutting taxes and/or increasing tax credits every year but one since 1990. This has cost the general fund more than $2.2 billion in revenues and more than double that amount when adjusted for inflation.

The charts below highlight the specific areas where funding has yet to be restored. 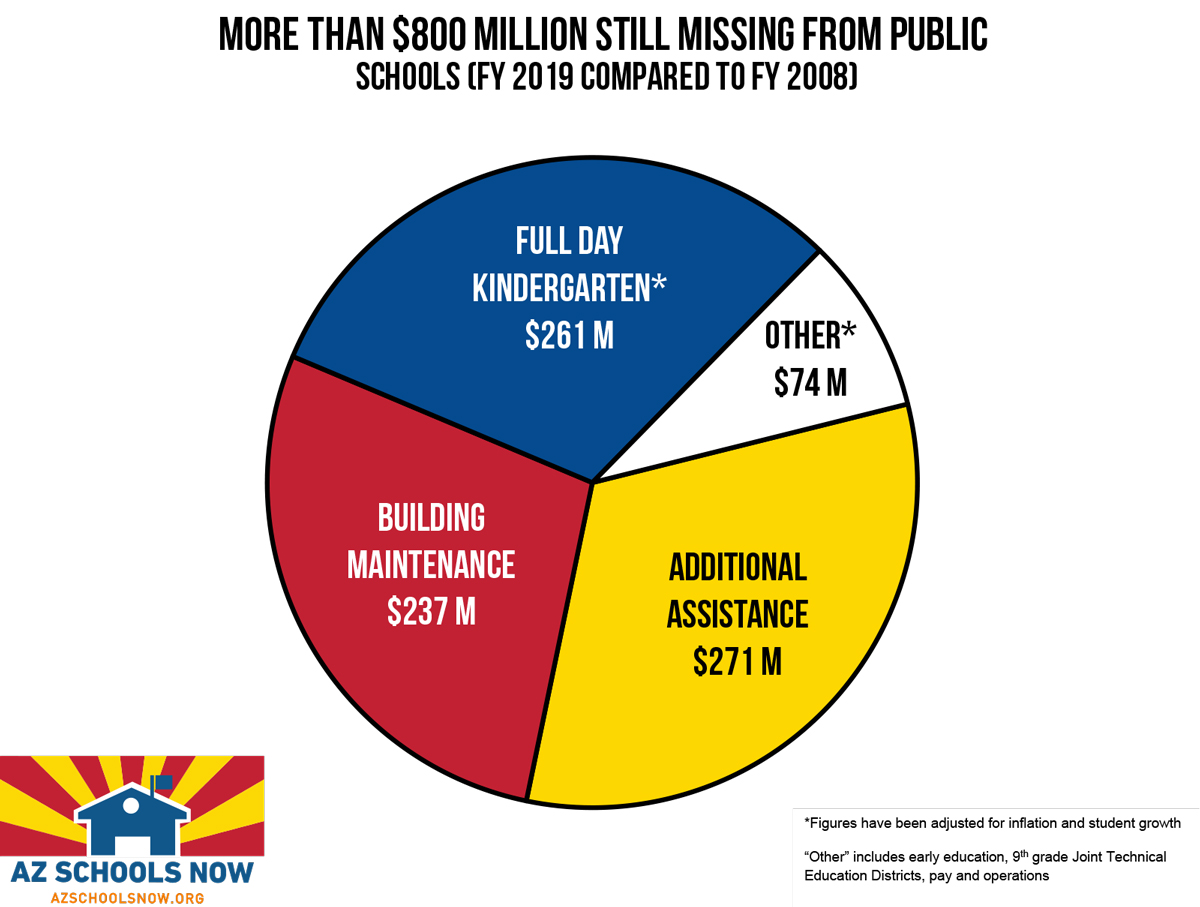